Silicon Valley Open Doors – the final frontier for startup companies. New businesses from across the globe will come together to pitch their ideas to a diverse crowd and a well-fixed panel of judges. In a period of fierce competition on our planet, a brave alliance of PRSONAS™ employees heads to Mountain View, California, for a battle of wits, creativity, and business knowledge. Despite the many challenges presented to them, our heroes rose to the challenge and took home the grand prize. At the announcement of the winner, a familiar space conflict movie theme was heard, and a Wookie let out a cry. This is their story of how they - I’m sorry, I can’t write like this anymore. How does Disney even do this so frequently? Anyway, let’s take a look at a recent victory for PRSONAS™. 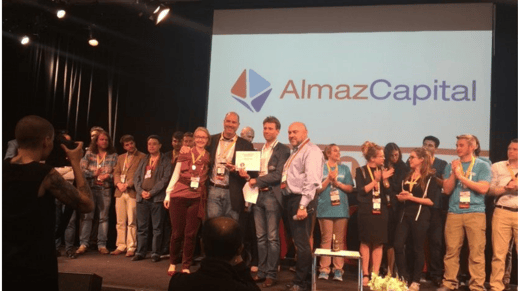 May 24th and 25th, 2017, our team traveled to California to compete in the Silicon Valley Open Doors event – one where 37 tech startups across Earth come annually to present their ideas to over 300 venture capitalists, individuals angels, corporate ventures, and enthusiastic individuals. Some of the countries represented by their respective teams are Russia, Canada, South Korea, and the United Kingdom, just to list a few of them.

Congratulations to David Rose, our CEO, for doing such a phenomenal job at SVOD 2017! The competition was filled with so many passionate groups of people, with areas of expertise ranging from e-commerce to medical software, to agricultural tech, to clean energy, all the way to robotics.

Once it was his turn, Rose gave a pitch to the massive audience to sell them on our product and vision. Wielding an in-depth knowledge of PRSONAS™ (as well as a clicker to move the presentation along), he was able to visually demonstrate the basics of these units, their applications, and most importantly - their potential. During the conclusion, Rose answered questions from the judges based on margins and expected growth (you know, the boring stuff). After all participating teams had presented over the span of two days, investors and enthusiastic individuals alike were invited to find their favorite team and pledge to invest. The winners were solely selected by the panel of judges for the competition and audience feedback.

You may be asking why I am writing this in such a movie-like tone right now. Well, there was the Star Wars theme at the finale and it stuck in my head while writing this. However, I have to admit that I’m just excited that PRSONAS™ made it to SVOD and won the competition. Check this out; here are some quick statistics about start-up businesses from Investopedia:

So, what’s the prize here? After all of this time, effort, participation, and even me writing this post, surely there must be something of high value received. There WAS an award (pictured below), but the real prize was the introduction to some of our newest investors, or you could say it’s the friends we made along the way if you want to see a happy ending to this movie. It may be tough to think about that as being a “valuable prize,” but in the venture capital world, the introductions are the biggest prize of all. Think of it this way: have you ever watched Shark Tank? Just a few well-known investors and one “celebrity investor” can be enough to make a true difference for participants. SVOD 2017 is almost exactly like that.

Our name looks good on there, doesn't it?