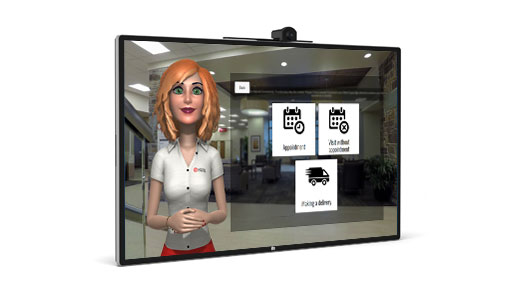 The Next Step in Human Computer Interactions

Hold on to your tablets and iPhones.  I'm taking you back to the days when computers were huge, expensive and never-ever talked to regular people like you and me.

Early computers communicated via ugly, radar-green text on a black screen.  They spoke, if you can call it that, the esoteric languages of the mathematicians, MIT professors and electrical engineers who built them. They performed very specific and highly technical tasks.

To put it simply--early computers were really good at math; very bad at social skills.

They never-ever talked to each other directly.

Have you ever heard of punch cards?   Computers spit out this secret language of dashes on stiff paper.  People transported the paper to central computers and fed the data into machines.

It was slow and cumbersome.

But all that changed with head-spinning speed.  50 or 60 years later, computing devices don't just fit in our backpacks and bags, they respond to our touch, remember our friends and favorites, and they literally speak our language.

At nuMedia Innovations we realized years ago that people wanted more from their computers than just data--they wanted personalities.  And we've been working on the next big trend in human computer interaction--digital assistants.

Super-smart, and so much more than Alexa. In human form our digital assistants deliver:

They use advanced CGI animation to provide expressions, gestures and emotions to create more memorable interchanges in a crowded world.  And they appeal to our need for human-like interaction.

Plus PRSONAS™ digital assistants don't just speak our language, they can be programmed to speak any language from French to Farsi to American Sign Language for the deaf community.

As the world's love affair with Alexa and other smart speakers reaches saturation, we're ready with a fresh voice and much more--a total personality package. And given the rise of 3D immersive experiences in augmented reality and virtual reality it only makes sense to have intelligent 3D digital hosts as an interface in these environments.

Like the graphic illustrates, PRSONAS™ digital assistants are the next BIG step in human/computer interaction.  What can we do for you?