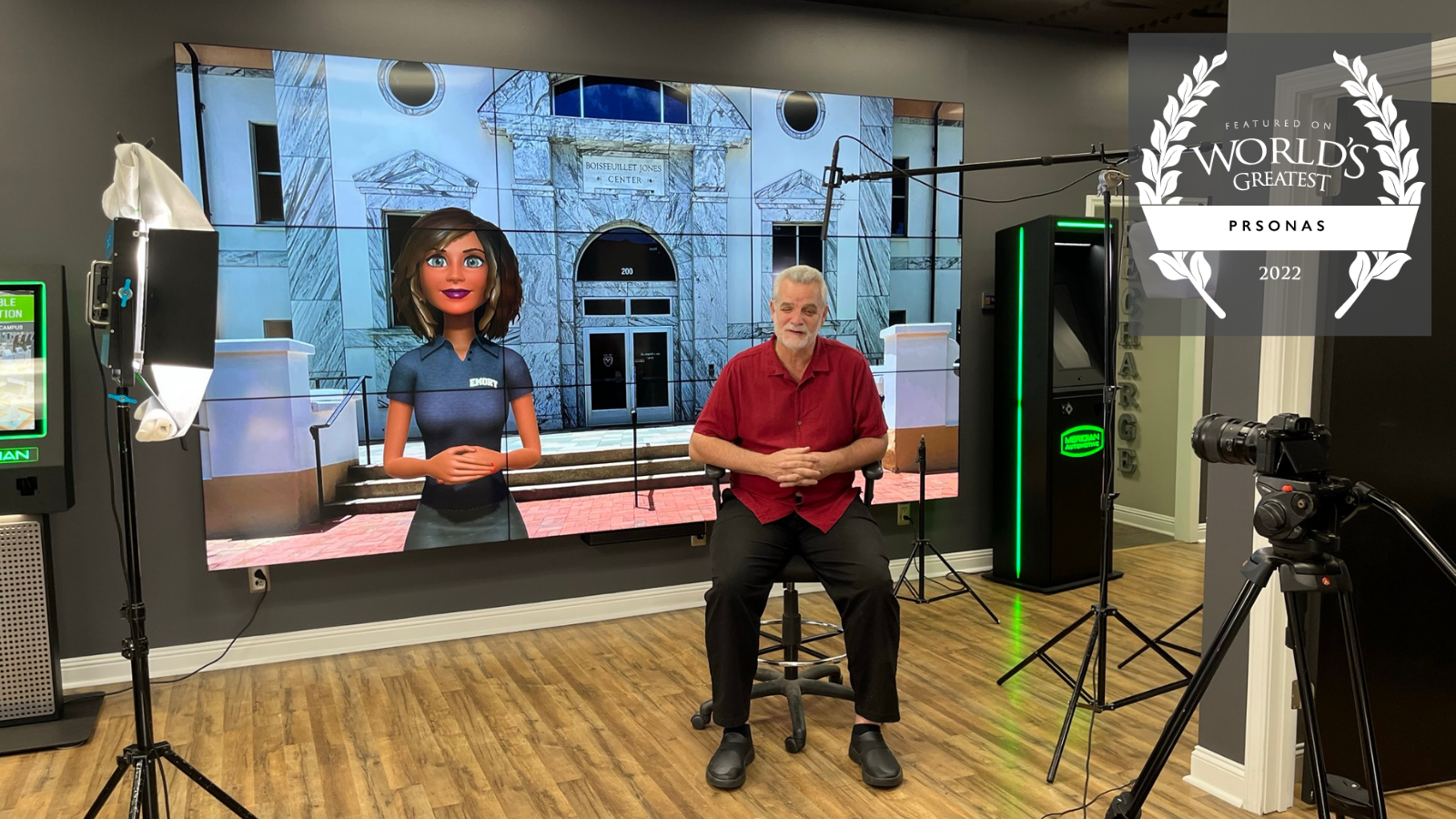 We are so excited to announce that PRSONAS™ by nuMedia has been selected to be featured on the TV series “World’s Greatest!…” for our stand-out PRSONAS™ Personality Engine.

“World’s Greatest!...” is a popular series that airs on Bloomberg TV and highlights all of the greatest companies, people, and products in the world. It is described as

“a fast-paced tour around the world featuring behind-the-scenes footage, interviews, and exciting visuals”

We are honored to have been chosen as the best in our category and to get such an exciting feature on the show!

The PRSONAS™ digital experience platform caught the attention of the team at How2Media (the creators of “World’s Greatest!...”) and so they sent a film crew to spend time at our partner Meridian’s facility in Aberdeen, North Carolina to catch a glimpse of the PRSONAS™ experience and sit down with our President and CEO Chuck Rinker.

“nuMedia creates digital personalities that help evolve how humans and technology communicate. That’s what makes us one of the world’s greatest”

The PRSONAS™ digital experience allows for easy and fluid communication across hundreds of different languages including American Sign Language (they hold an exclusive patent). Prioritizing human-like expressions and gestures to create a human experience without trying to replace humans. PRSONAS™ can be utilized in unlimited industries and truly exemplifies a piece of technology that is the “World’s Greatest!...”

Thank you so much to the team at How2Media for this incredible opportunity! #WorldsGreatestTV