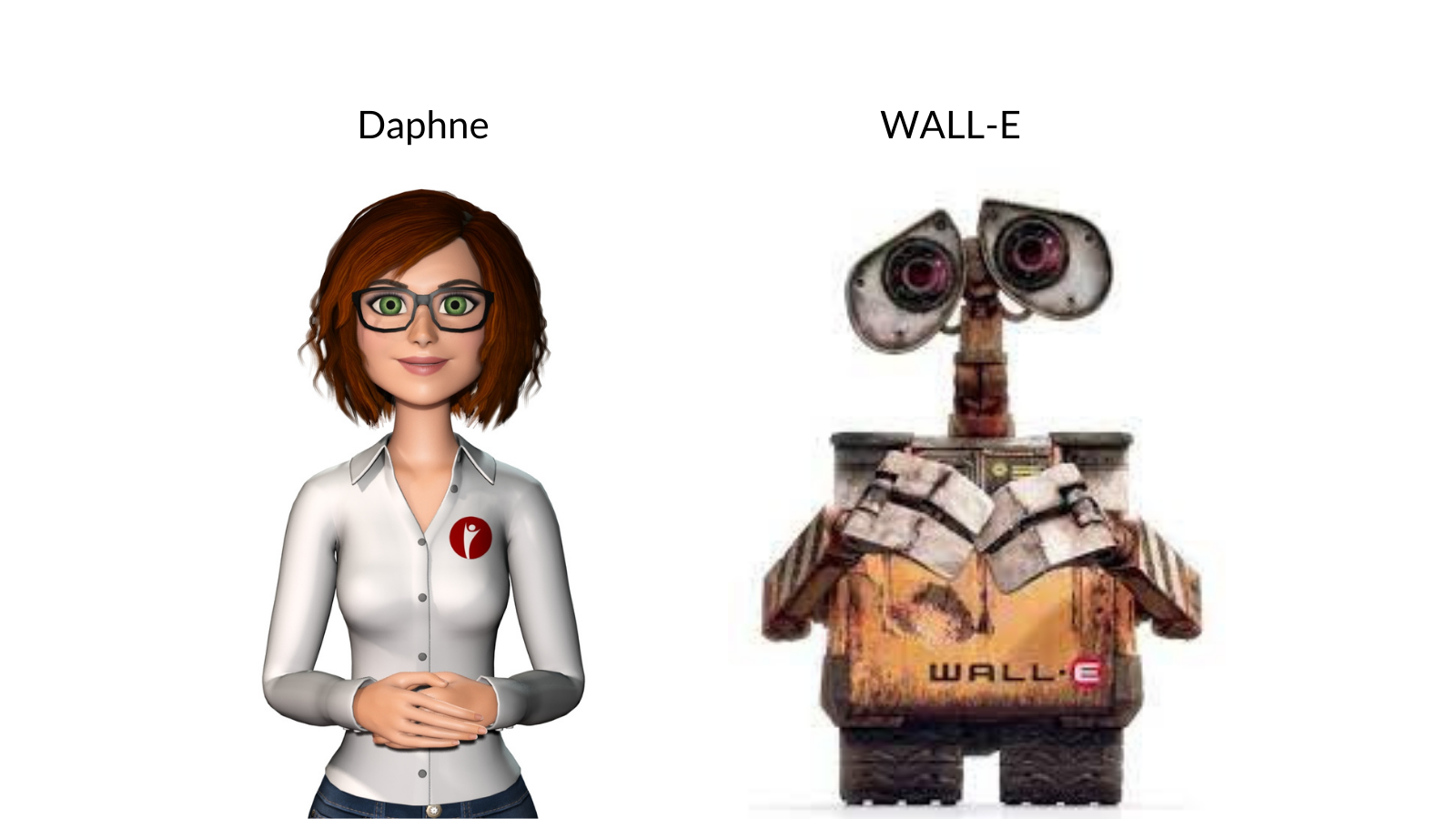 What Do Daphne and WALL⋅E Have in Common?

But seriously, what is it that makes us fall in love with such adorable characters? I mean we’ve all seen the movie WALL⋅E and teared up at the scene where he is watching Hello Dolly and during the song “it only takes a moment” and his expression changes when the two characters in the movie hold hands. WALL⋅E made everyone’s heart absolutely melt. But when it comes down to it, WALL⋅E is a cartoon robot. So, what makes WALL⋅E so cute when there are so many other robot movies that are just plain creepy?

Let me tell you about a phenomenon called Uncanny Valley. The concept was identified by the robotics professor Masahiro Mori as 'bukimi no tani genshō' (不気味の谷現象) in 1970.

Mori’s concept stated that when the appearance of a robot becomes more human, your response becomes more positive, that is until it becomes a little bit too human, then the response turns into revulsion. Then, as the appearance becomes less distinguishable from a human again, the emotional response becomes positive! To the point where it reaches human-to-human empathy levels. That valley of revulsion is the uncanny valley.

So anytime you’ve seen a movie with a creepy human-but-not-quite-human figure and gotten the creeps because something feels just a little bit off, chances are that character fits somewhere in the uncanny valley. It feels almost threatening to see a character like this. Maybe that's why Polar Express gave me a little bit of the creeps. That one blonde kid with the glasses still haunts my dreams.

Now a character like WALL⋅E bears nearly no resemblance to a human and yet we are able to feel with him we can experience what he is experiencing in the film through his eyes and feel a really deep level of empathy for him. 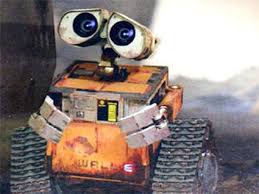 So, what about a character like Daphne? For those of you who don’t know, 'Daphne' is what we affectionately call our conversational AI character who is the face of PRSONAS™. Daphne is obviously not a trash-collecting robot and has an appearance a bit closer to that of a human. Why is she not a part of the uncanny valley? It’s because of her more cartoon-like appearance! Her big eyes and cute face aren’t trying to be hyper-realistic. She looks much more like a Disney or Pixar character than a person you would see walking down the street.

She is far more approachable than the more photorealistic digital human products that are out there. They look so much like a human that it’s uncomfortable. While this technology is impressive and that it is even possible. it’s about as deep down into the uncanny valley as you can get. Your first thought might be Wow! That’s cool! But then after interacting with one for a few seconds, it starts evoking a similar response to seeing a horror film. Something feels off.

Believe it or not, Daphne used to be a bit more human-like. But we’ll be the first to admit, it was a little bit harder to connect with her. She was dipping into that uncanny valley. This is exactly why we decided to go for a more cartoon-like design for her! Now she’s no longer just a cool piece of technology that looks sort of human, she is a character that genuinely engages us and we share an emotional connection with. Just like WALL⋅E!

And that’s exactly what WALL⋅E and DAPHN⋅E have in common! Even though they couldn’t look more different from each other, they have both crossed the valley into a territory that makes them anything BUT creepy. They aren’t trying to be human but they take all of the characteristics of people like our expressions and emotions. All of the things we do naturally to connect with people. And they use those things to help them feel more human-like instead of their appearance. They aren’t threatening, they don’t look like they are going to start a robot revolution against us humans.

Their ability to express themselves while looking a bit cartoon-ish makes it a lot easier to connect with. It brings our guard down. We are compelled to interact with them and enjoy how they interact with the world around them.

They bring us in instead of making us want to run away. That’s preciously why we love them so much!

Meet Daphne! See for yourself how approachable, likable and smart she is!